A downloadable game for Windows

In Miss Eyesore 1964, you play as a prisoner lost in a prison far from home.

You wake up confused and freezing on the concrete floor of your cell. You remember the sounds of horror echoing through the narrow halls of the prison, but what caused them?

Restore power to enable the fire escape, then find something to ignite, or find that secret door all the other inmates swear exists and open it. Unlock some doors and close others permanently to gain an advantage, but be careful not to lock yourself in.

This game is based on a Ludum Dare game which you can find here: https://filipbergkvist.itch.io/miss-eyesore

Developed at The University of Skövde by 15 Game dev students.

LostZoss341 days ago
Really interesting game! I wish I had more time to properly finish it to see the ending, but from what I've played it did scare the bejesus out of me. Maybe one day I will venture back into the frozen prison and confront the creature of my nightmares once again!
Reply
BA172 years ago

a really nice horror game. only two things i would recommend: make the options available to alter while in-game (having to optimize by restarting the game every time is a pain), and making the intro skippable. other than that, remarkably polished than most of the games you see on itch. well done!

This was really interesting, well done on make a great game!

Pretty neat horror game! Took me a good while to figure out what I really had to do to escape but it was still pretty enjoyable! Made a couple videos, hope you enjoy em!

Played this as part of 3 free indie horrors and was blown away with just how great this game was! Very  fun to play and very butt clenching monster! 9/10. If you want a full in-depth and honest review, I give just that at the end of my video in the "Review Portion"

Really great expansion and adaptation from the original! Loved the story aspect and the notes! Really felt like a full world of lore! Really freak game and monster! I will be definitely playing this game to try to 100% it and find all the notes! Video starts at around 6:15 mark in the video!

Reply
Neco The Sergal3 years ago

Great improvement over the original/prequel!

Interesting Lore placed around and glad to have a good monster. Great stuff!

Hello! i did a horror  livestream  and played this game i have to say i really enjoyed playing this i did not beat it but! i will come back to this because it has been a long time sense a horror game has kept me on my toes and actually scare me so great job i can't wait to revisit this!

hi, big thx for the cool game. greetings from germany

ive been eaten by that ugly thing and stopped playing this. my heart cant take this.

Good stuff. I'm sure some people can finish this game easy. I just could not do it. Awesome stuff though. Made a video here:

neither could i and i quit it. consider myself dead for good.

LOL! Glad to hear I'm not the only one.

Reply
The GDWC3 years ago

This was so creepy and amazing! I really love the world you created and I found it hard to move around the place as I heard the footsteps of the monster. The fact that there are also other things you have to consider, for example not freezing to death, really made this game original and something I've never played before. Over all such great experience, keep up the good work :D

I don't know if you've heard of Game Development World Championship before (gdwc2019) but it's a competition for indie game developers where they can submit their games and it's free! It's great if you want some more visibility for the game and it only takes a couple of minutes to join :)

Hope you like it! I'll make another video about it later, click on this link and it'll take you to the video! Miss Eyesore (Part 1) What a CHILLY GAME

Thank you for playing!

We hope you got some good chills.

Watch the video! and keep me posted on any other games you make!

We're very happy that you liked it!

Dear Dev first of all I want to thank you for this amazing game. Game is really good want to see these types of games in future :) Rated 5/5 Best Game Man :) 1080 60FPS Check out my video.

Only one Fuse box was remaining :D

Your game looks good trying it out now! I'll upload it to my channel when I'm finished! :) 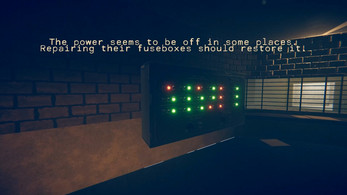 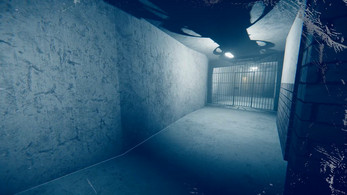 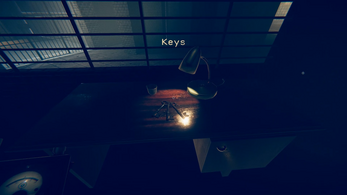